It is October again, almost a year ago we left the project "building the kid's bedroom" half way done; 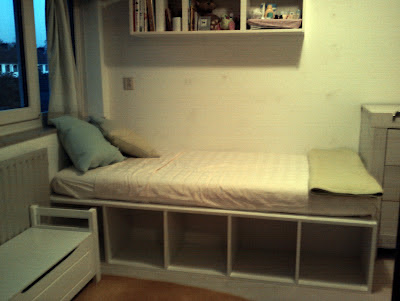 At that time, our son was a baby, small enough to fit in his crib. 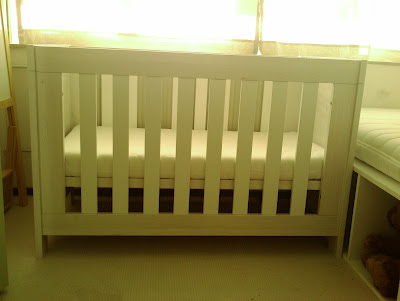 Still he is not even two years old (and even when I believe he could use it for an other year more), he, in the other hand thinks it is definitely over sleeping in the baby crib.
The idea now, is not to get rid of the crib completely, but more of dismantle and reuse its part in order to building the kid's bunkbed

So following, from where we left it 1 year ago; 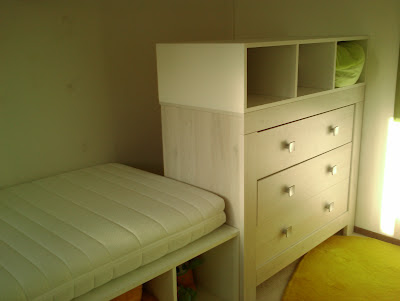 This weekend we built a shelf unit to go on top of the dresser (it was a pretty fast job, as the blades were custom made and pre-cut at the hardware store to fit the space above the dresser, we assemble it at home the same way as we did for the self unit (in the lower bed) all attached with help of a staple gun) - 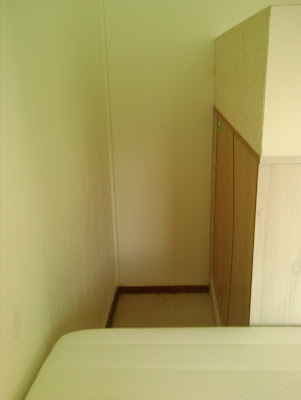 In the coming weeks we'll have to make a rail for the side and back of the bed (at 120 cm height  same level as the shelf unit) where the bed frame is going to rest.
we also have to make the bed-frame itself, the ladder and the safe railing for the upper bed)
But now I realize we still going to have so much free space at the back of the dresser, I am also thinking to leave an opening in the bed frame (of the upper bed) to access the area (eg. for storage) as we did in the lower bed - 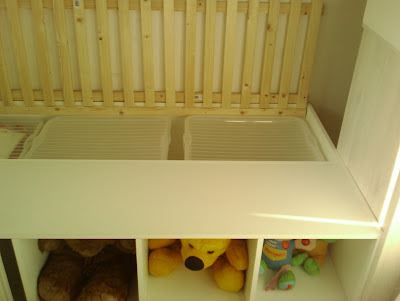 I'll post more pictures as we advance in the project.