I haven't update for a few weeks, but lost of things start happening... 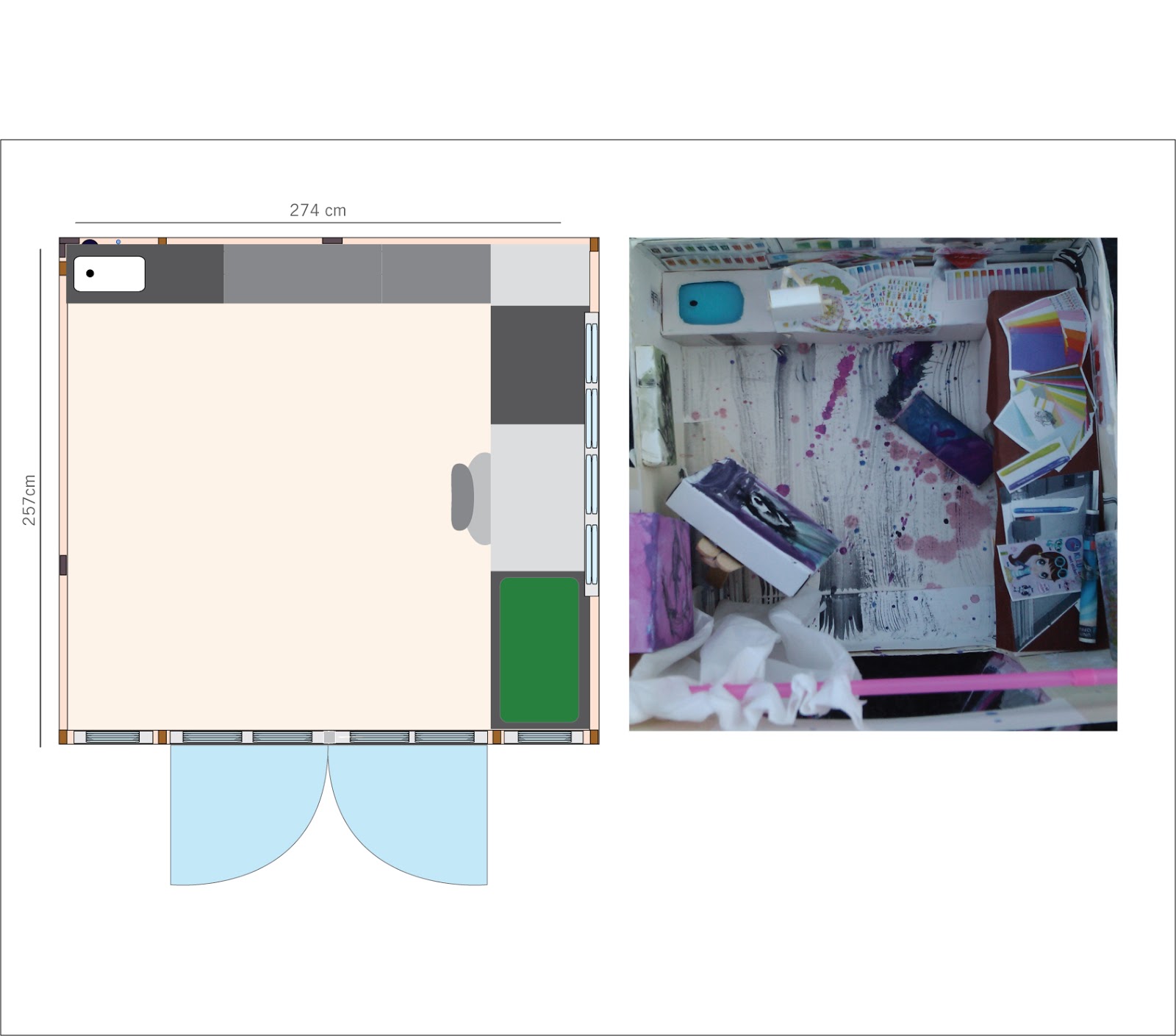 first we had to make a school project about housing for our 4 year's old kid, so we went for a small mock-up of the atelier... here are some pictures of the interior and exterior

and then some snaps of the school exhibition, very nice ideas coming from 3 to 5 years old (and parents :-0).  The event/exhibition took place last Thursday 27 of March.


the last days we continued working on our own complex project, lost of things...

first make space, the tree (syringa or lilac) had to go... sad, it was almost dead, every year it had less and less leaves and flowers, most of the branches were dry, I didn't had to cut it, some branches will simply snap in my hand... so first thing to make space for the atelier 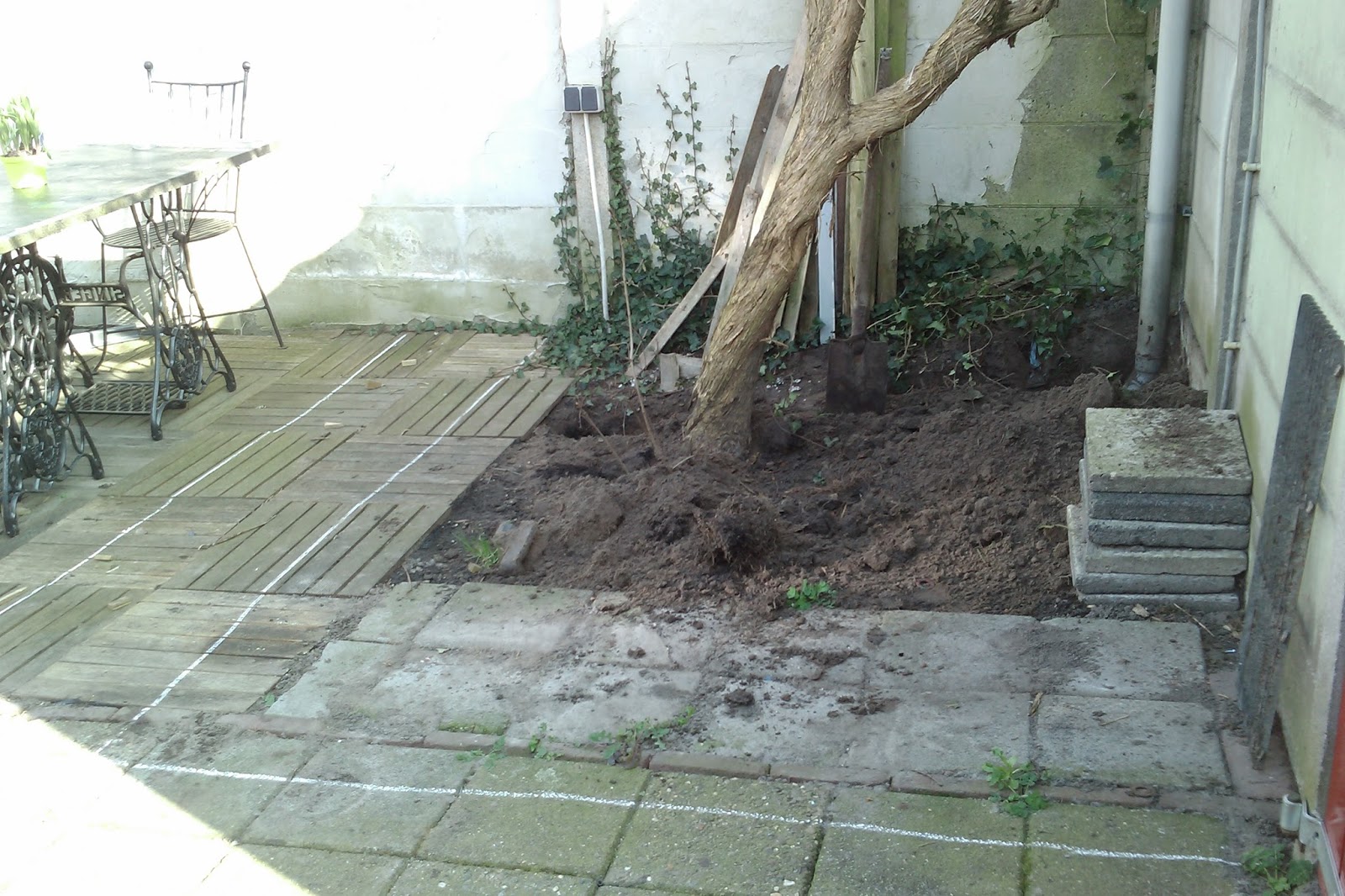 where the lilac tree was ... soon there will be an art studio, I want to think of this as a nice transition (maybe I will not feel so guilty after all) I am also contemplating the idea of naming the atelier "the lilac tree"
here are the first outlines of the space;  260 cm x 200cm and second option 260cm x 260 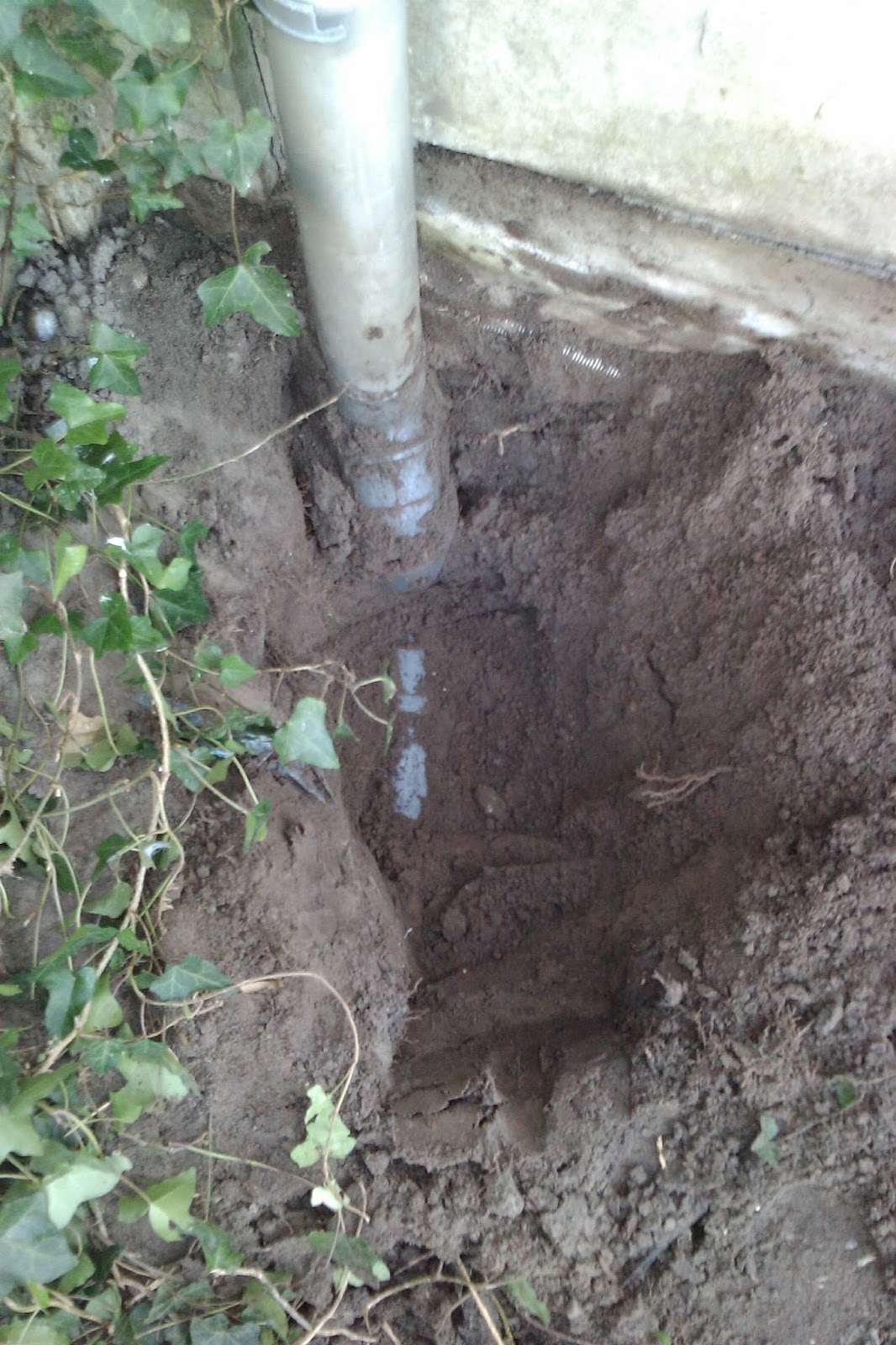 this is very handy, because it will make extra easy to have a sink in the atelier as there is already a pipe to dispose water, we only need to bring a connection with clean water from the garden tap 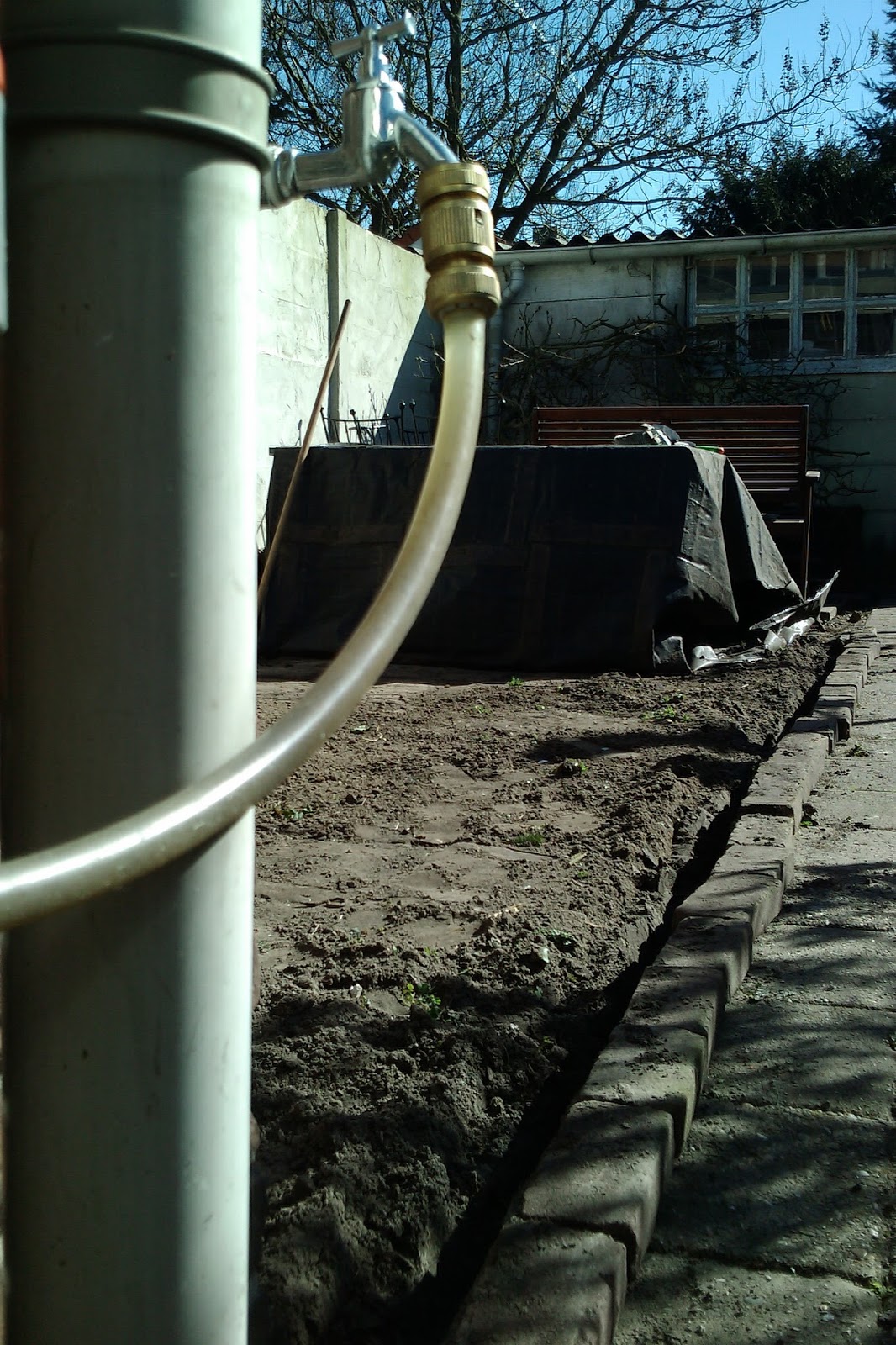 preparing the water connection; the idea is to bring water from this tap to the end of the garden. We use garden hose inside pvc pipe with corners and conectors 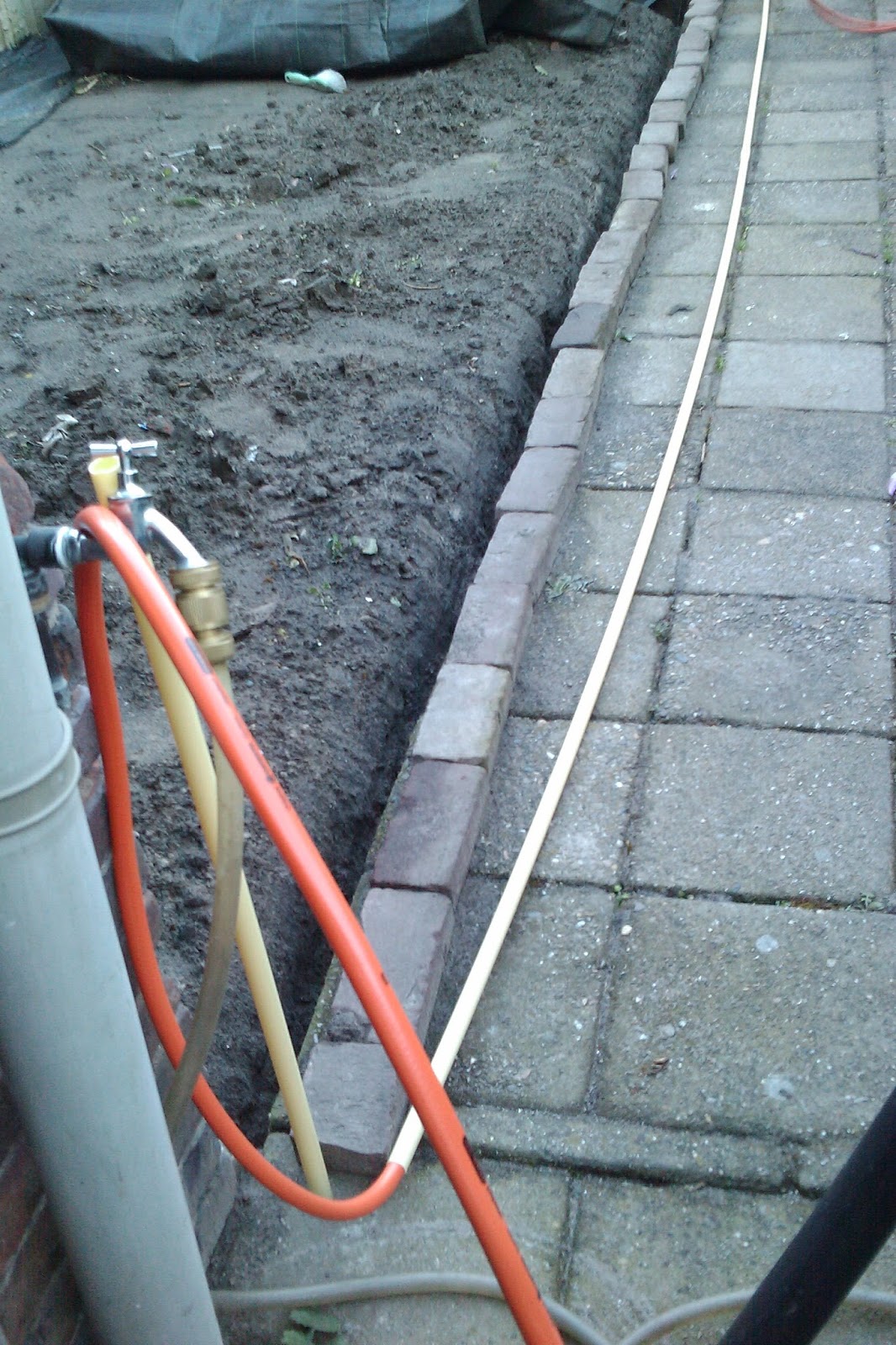 (but it would have been far more economic and faster to use Polyethyleen black pipe instead (which is manufactures already for drinkable water), why didn't we go for this last option (because I have a man with an ego problem)? 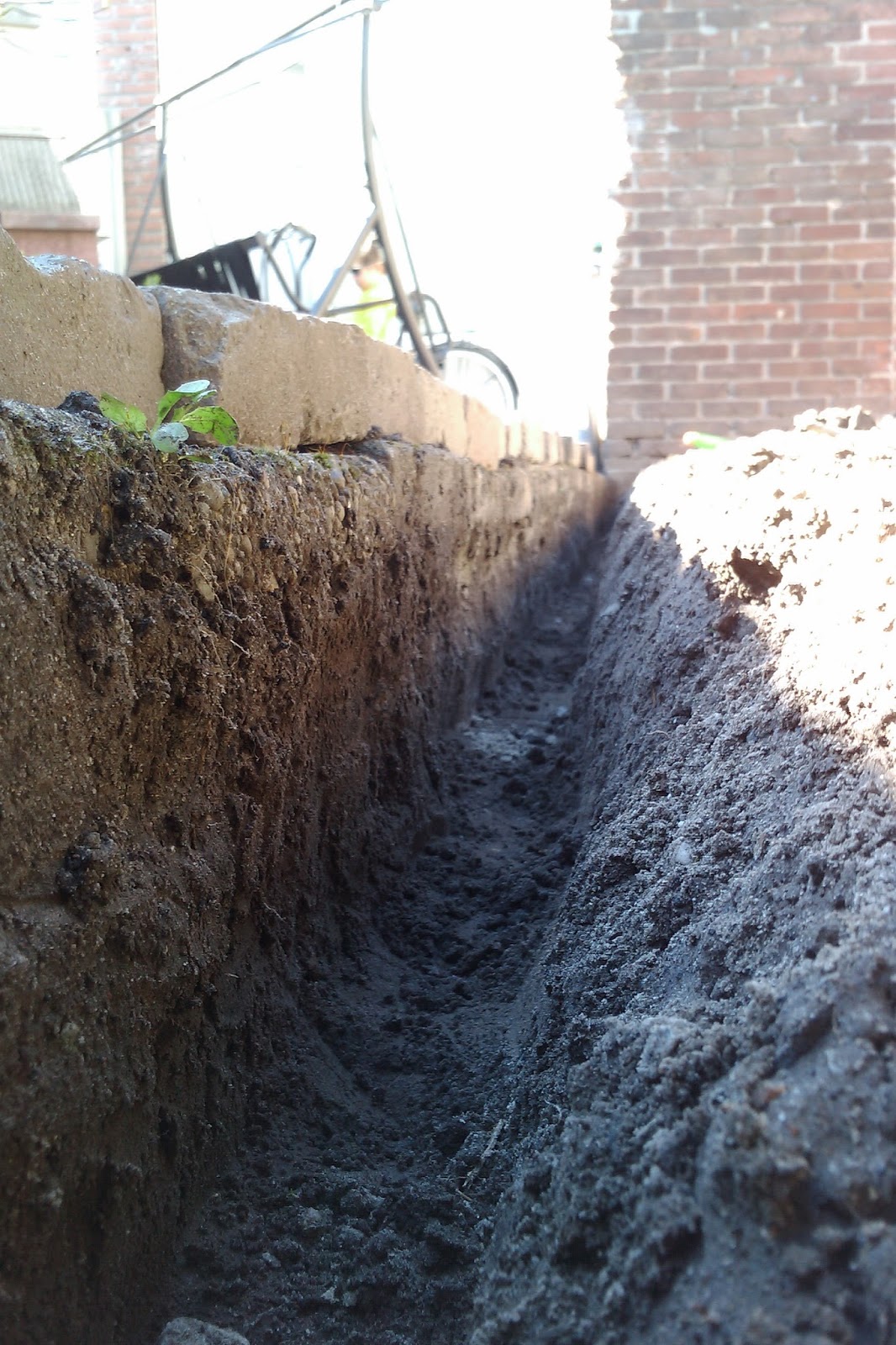 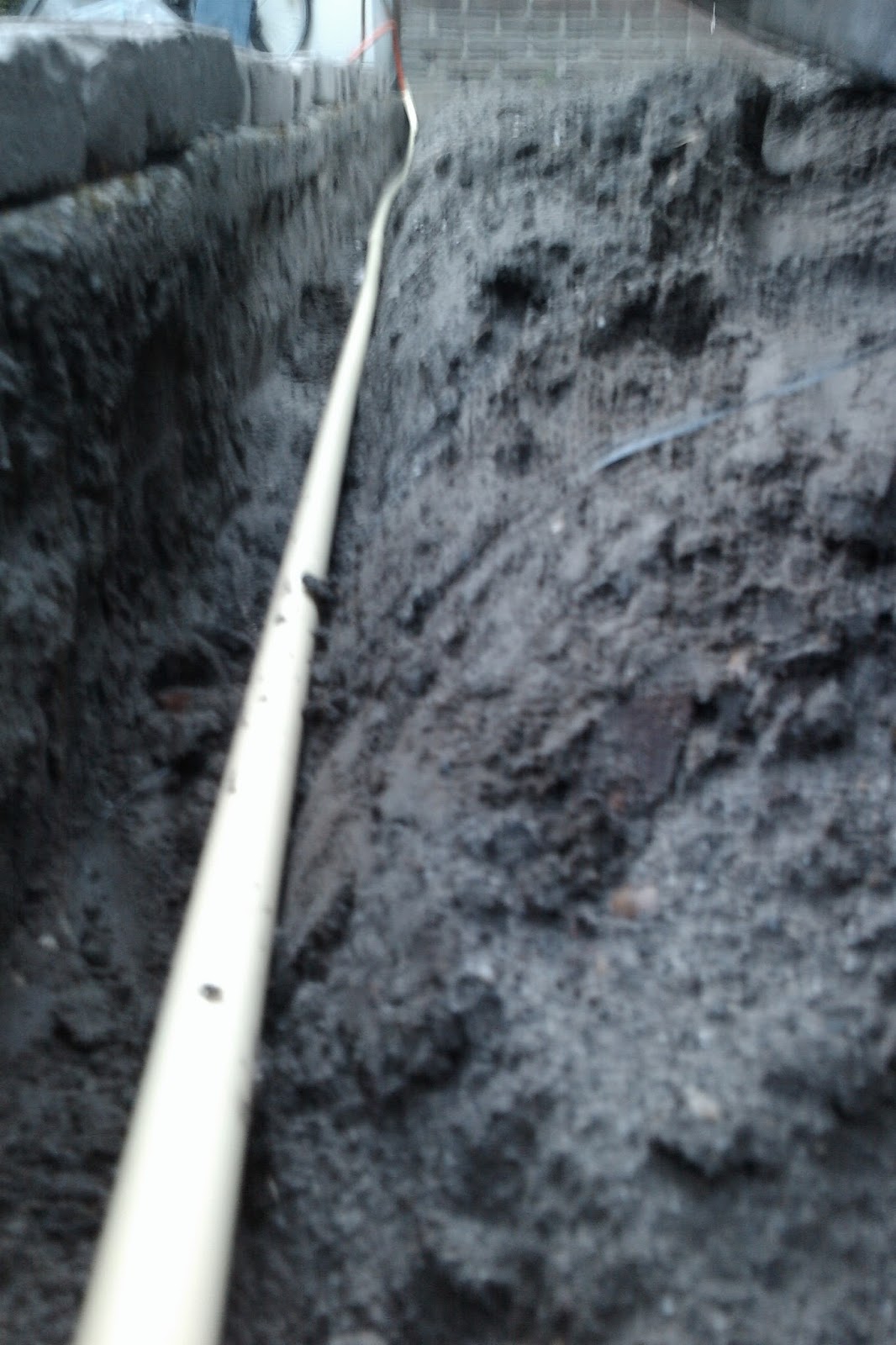 placing the pvc pipe (protecting a garden hose) inside the trench 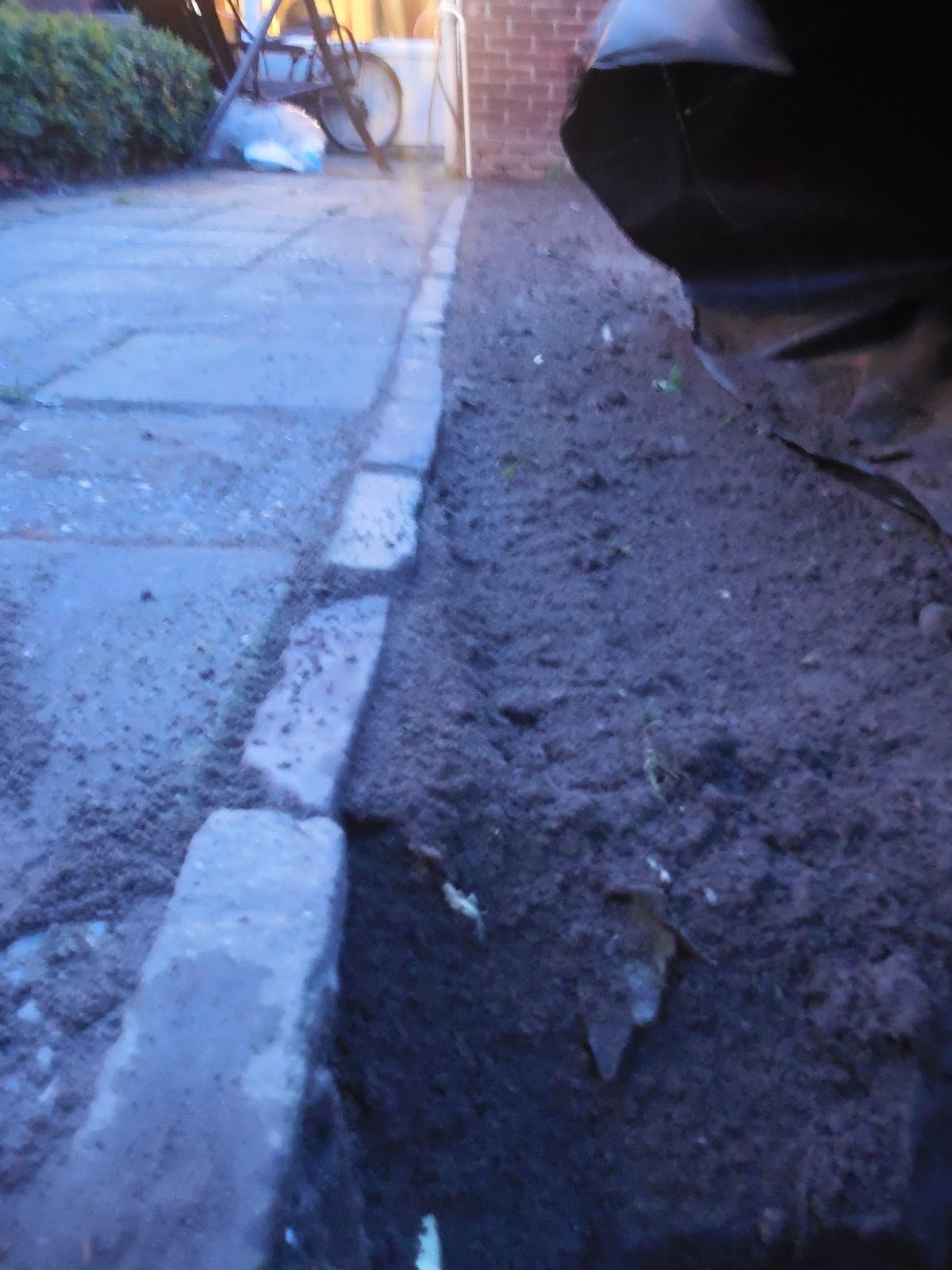 covering with ground once again 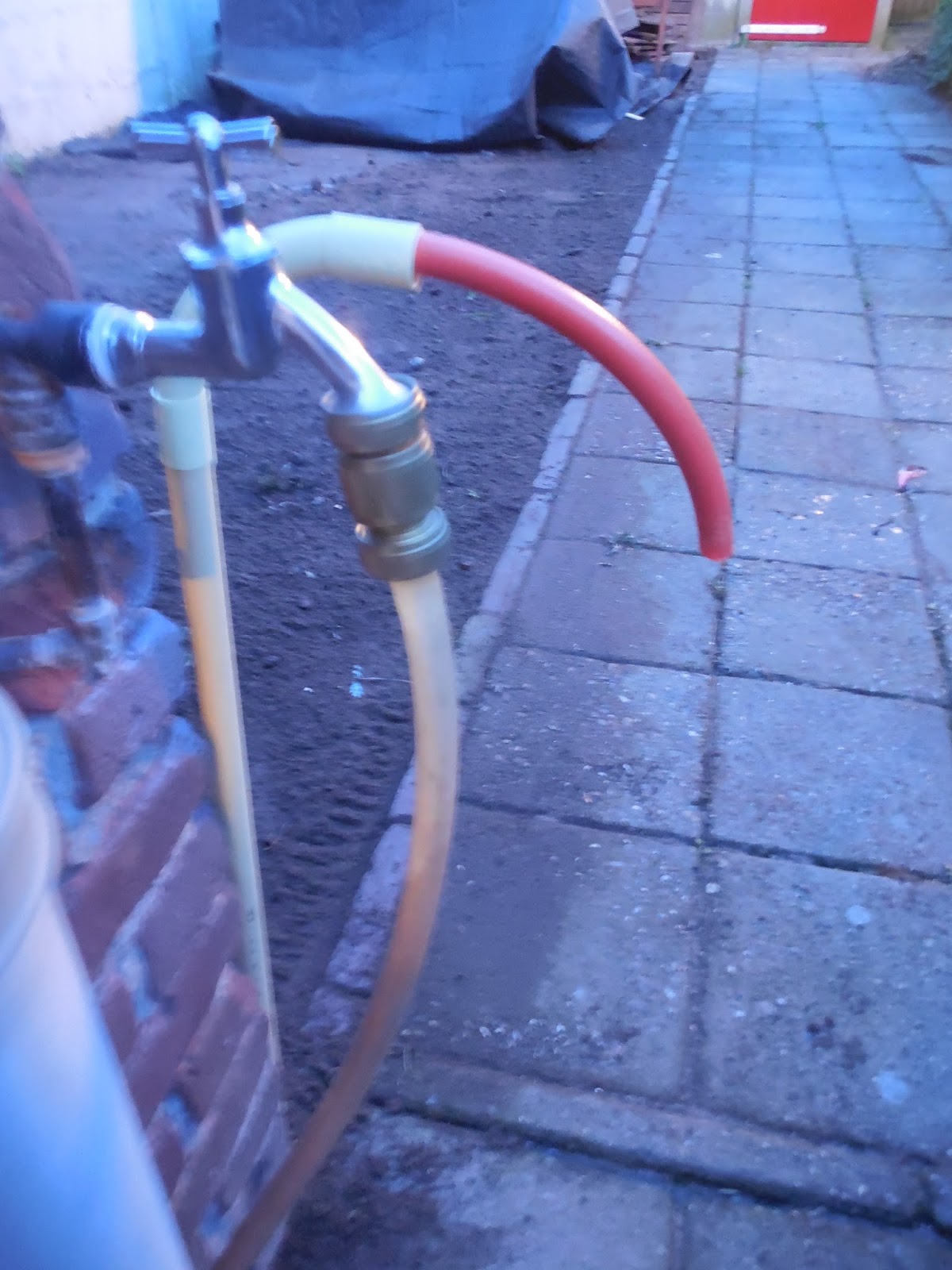 so far, our existing garden tap and the new hose in place (later we'll continue with the water for the sink in the atelier)

other things we have been doing to prepare the work ...

I mentioned the lilac tree, here is a visual summary 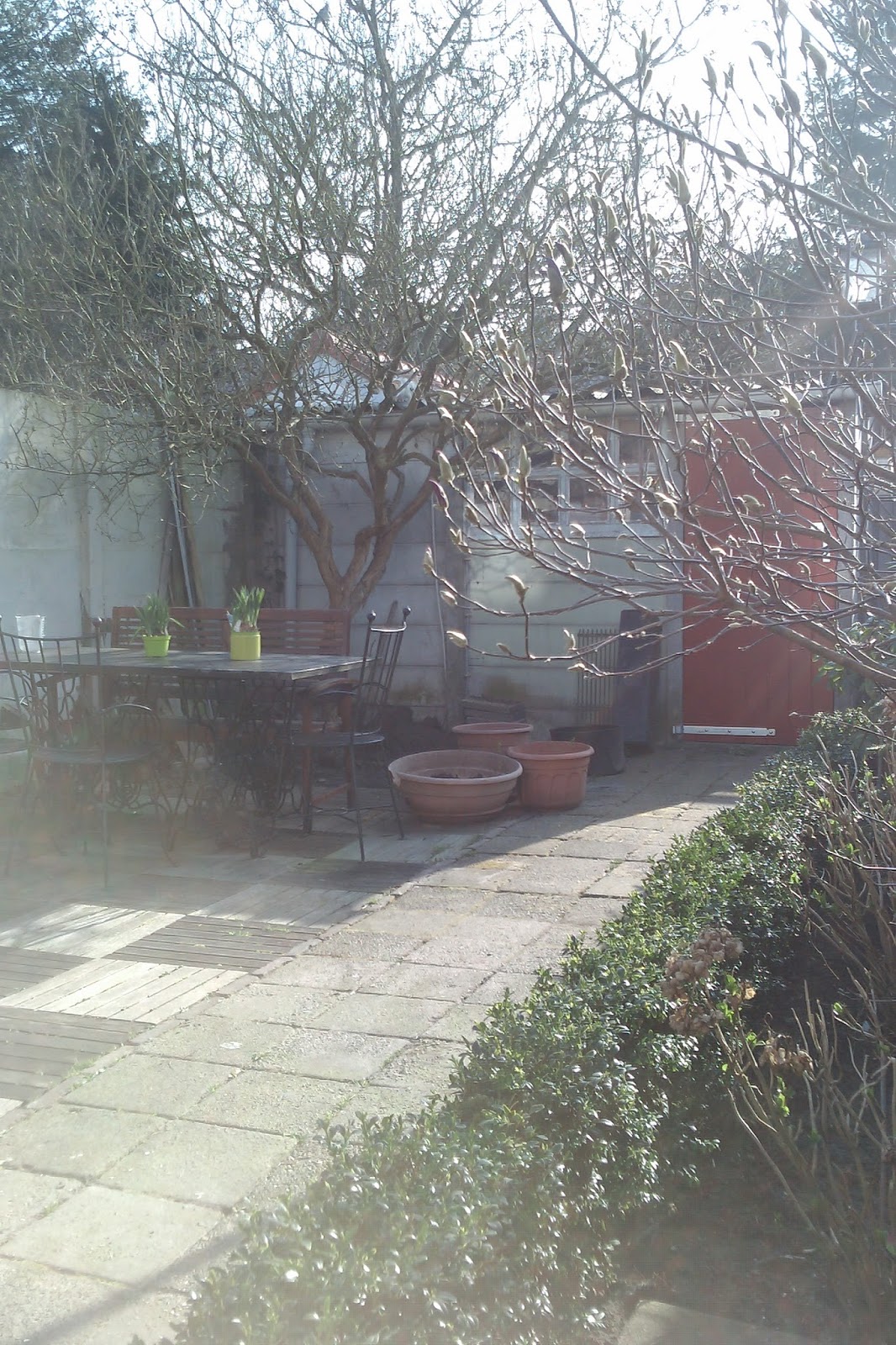 it was early spring, but it hardly had any buds 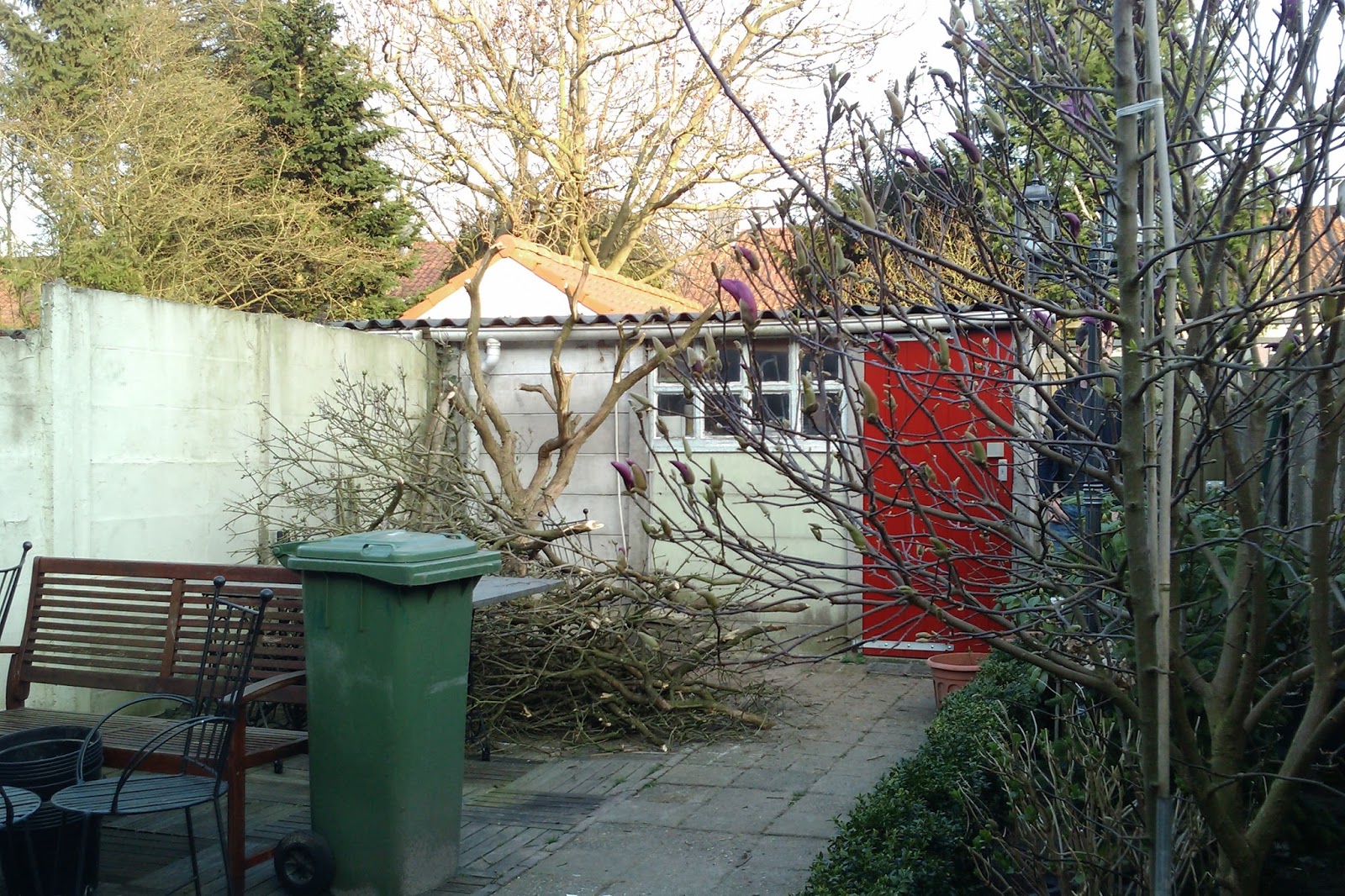 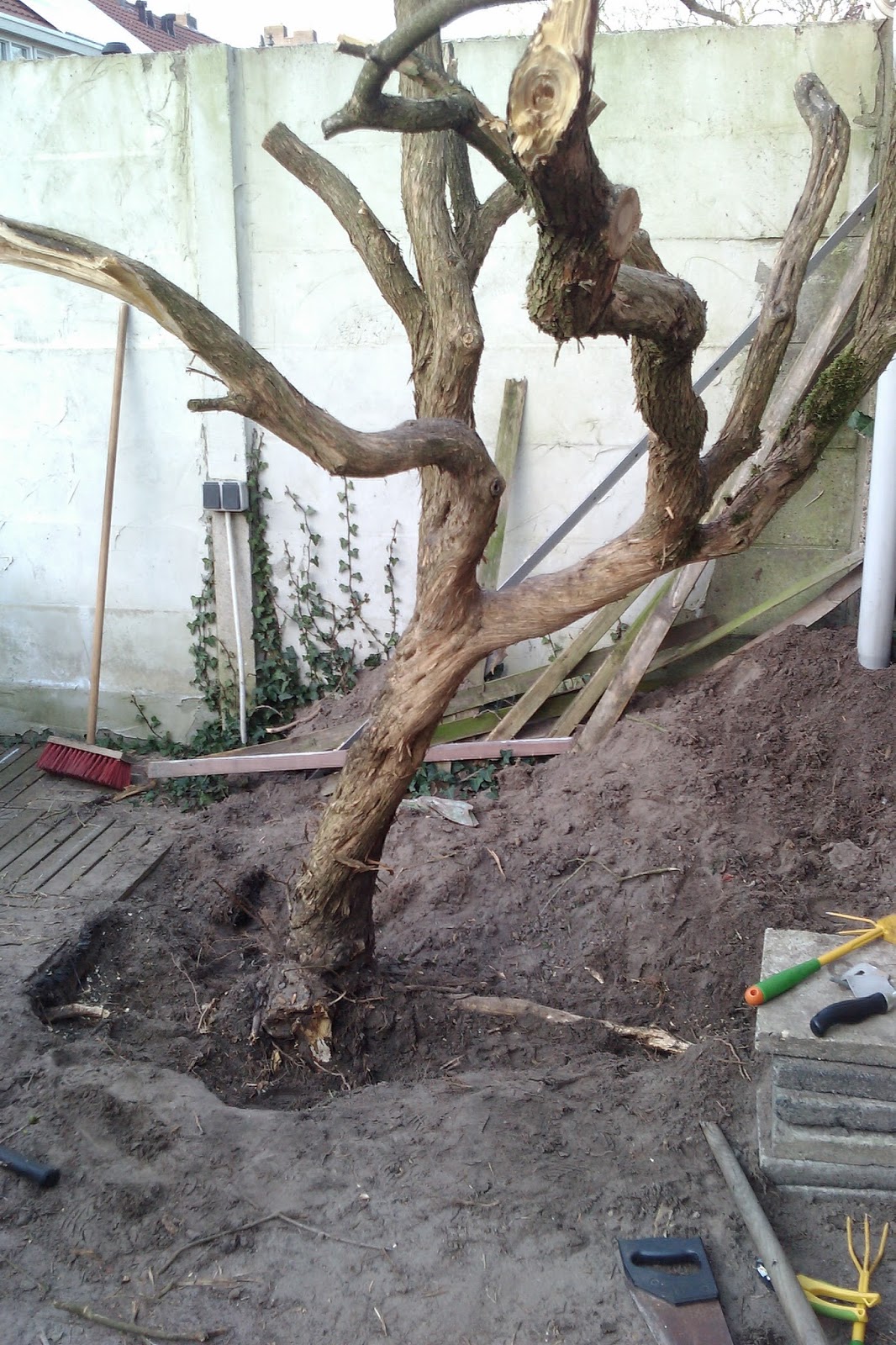 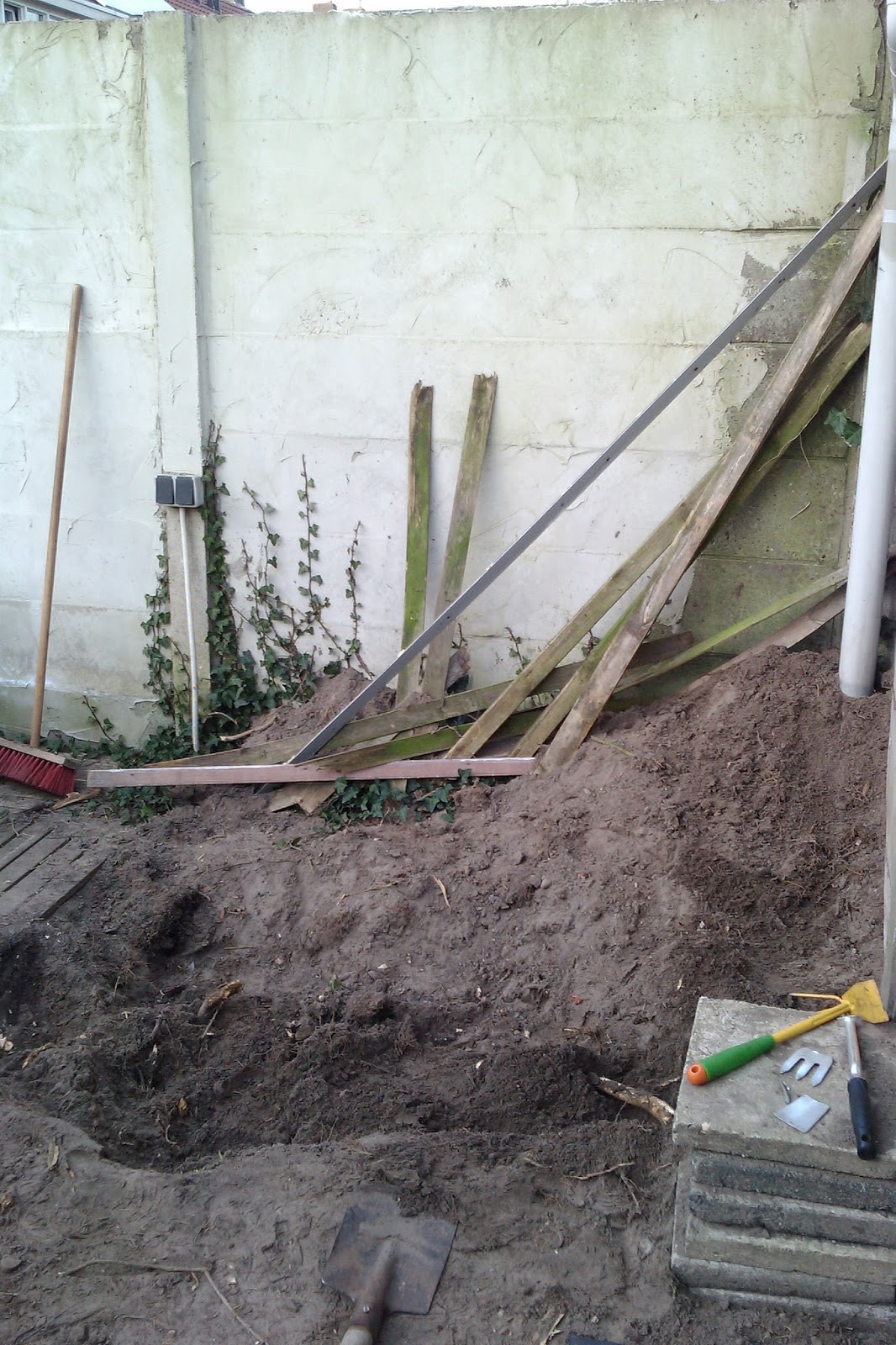 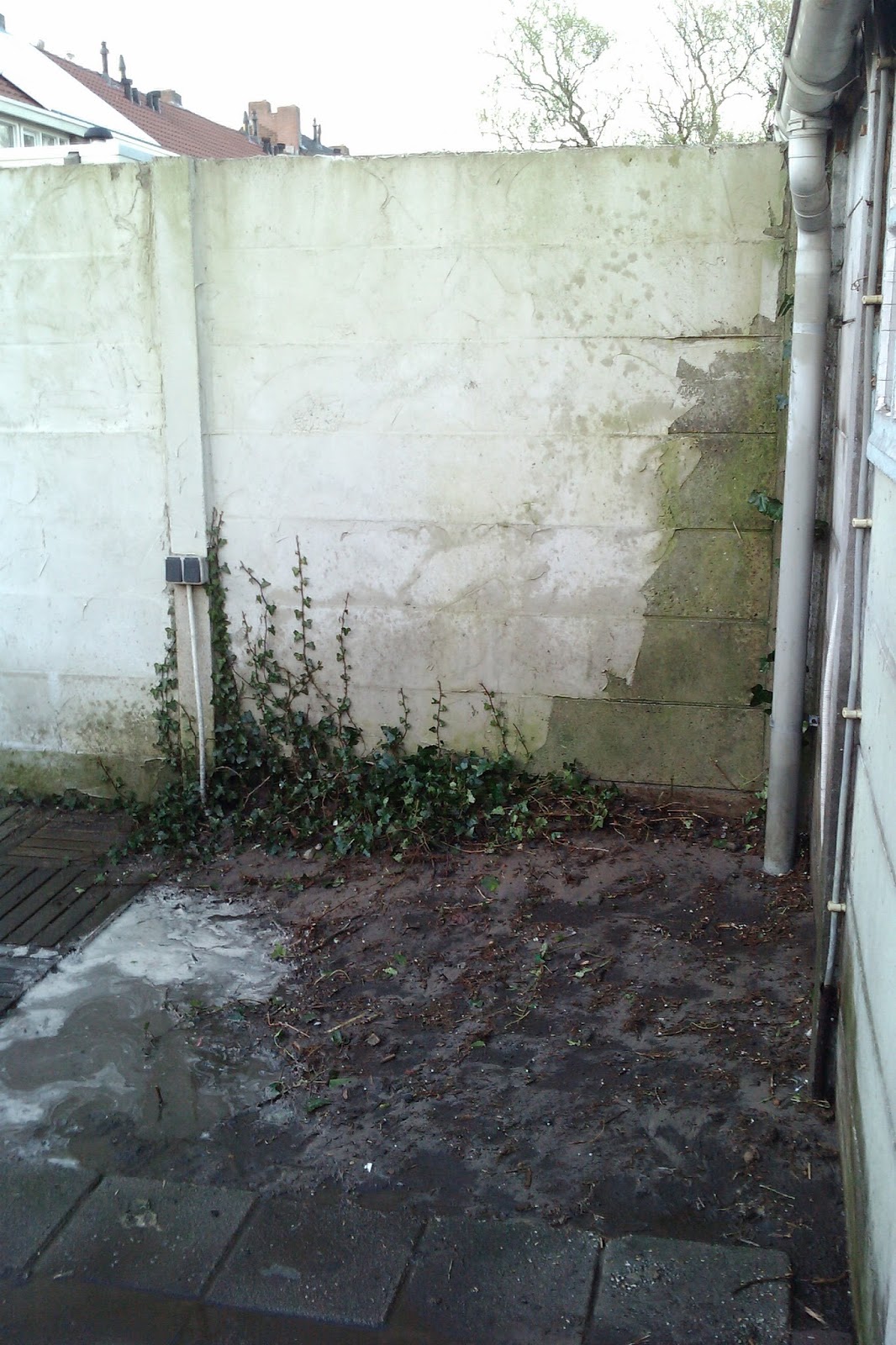 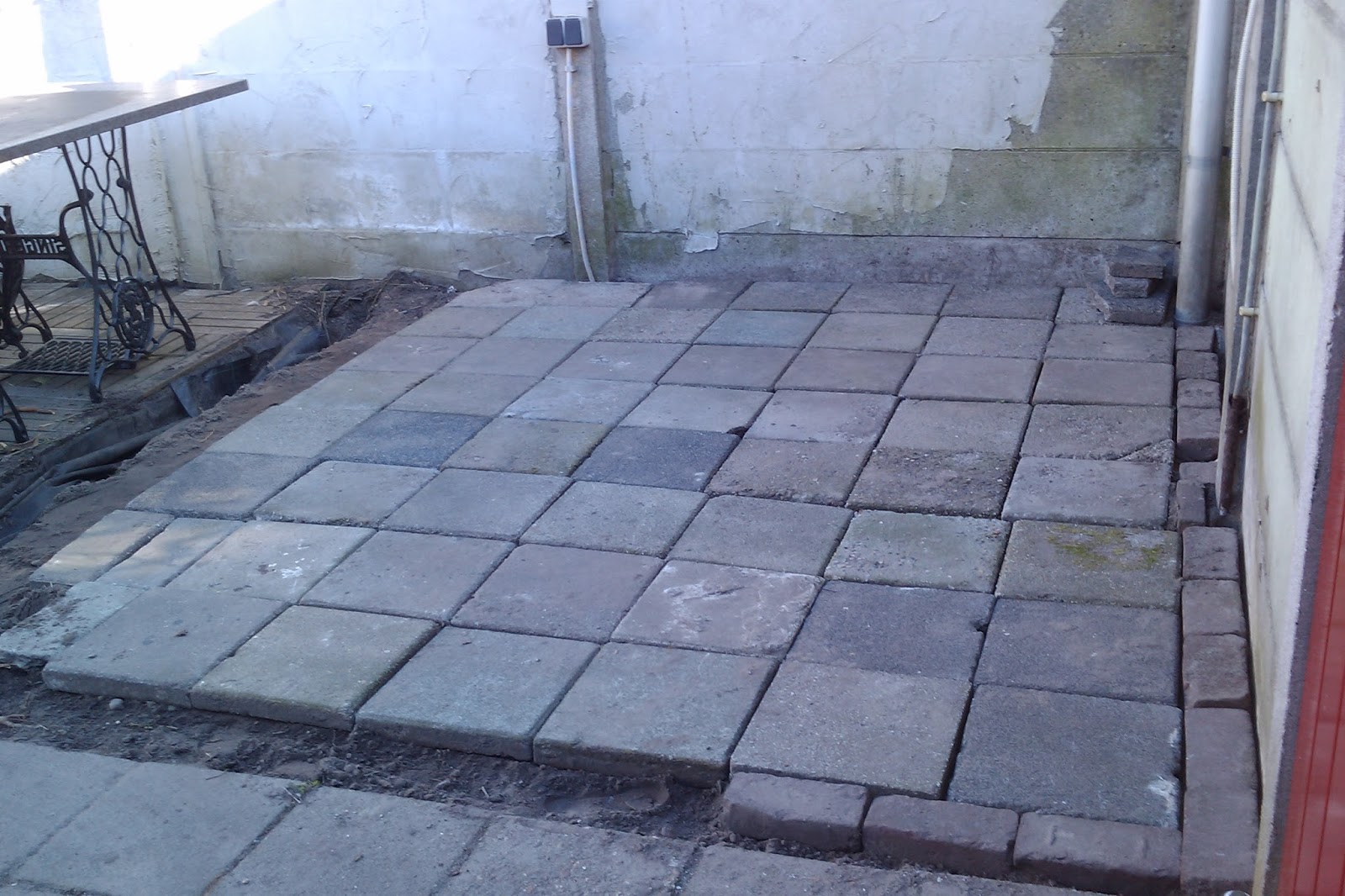 some tiles in place, just to give an idea of the atelier's space 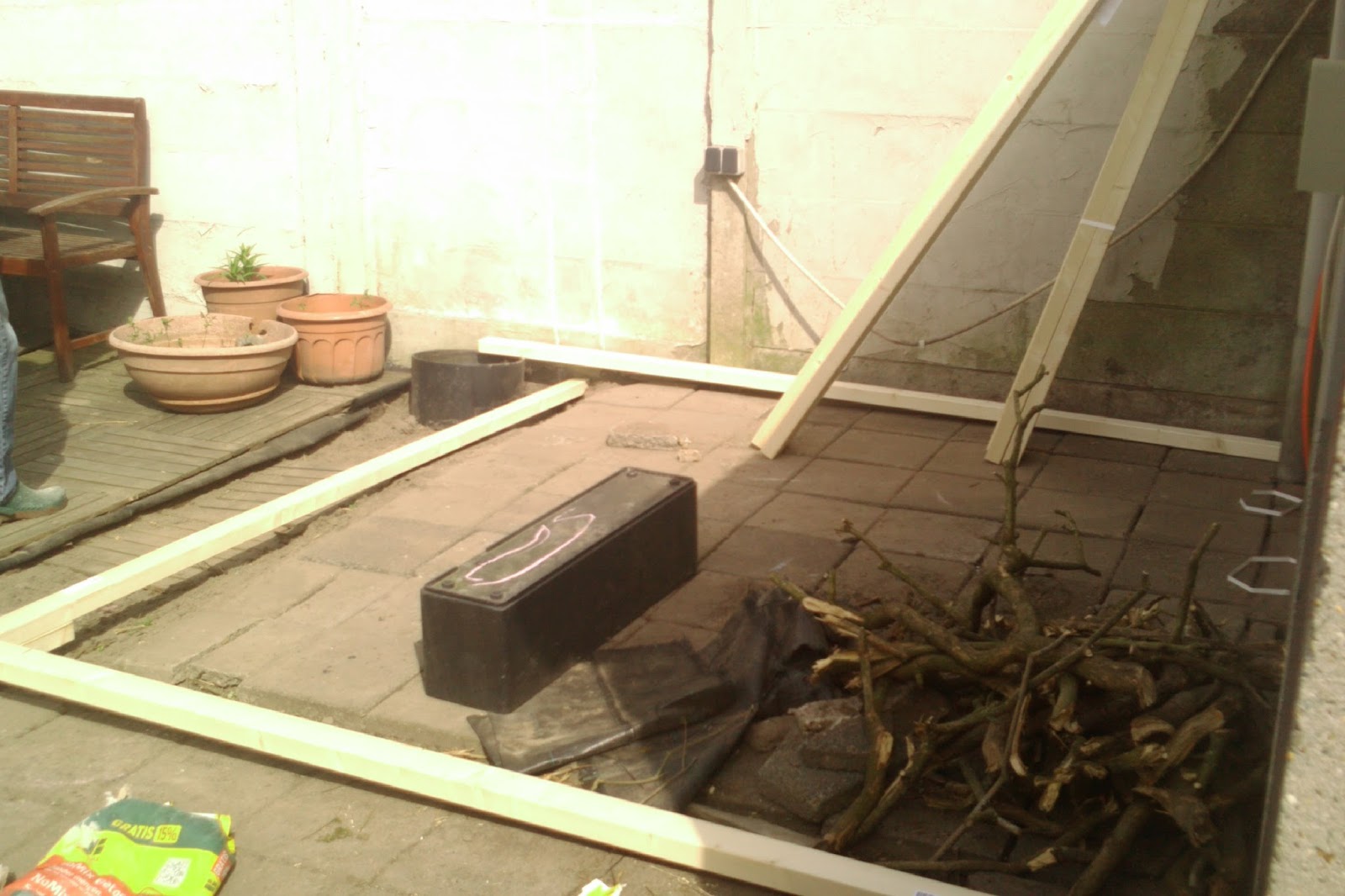 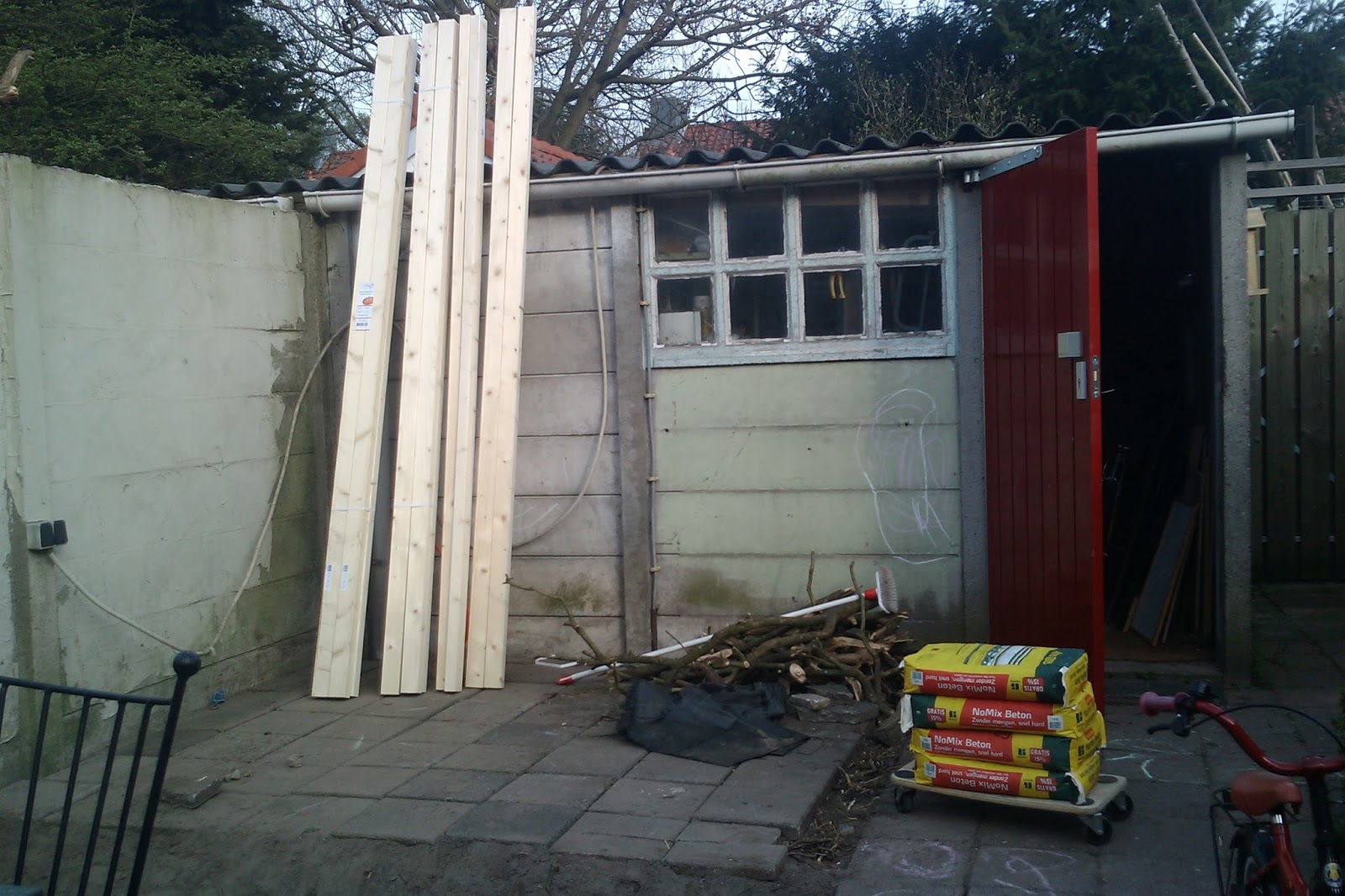 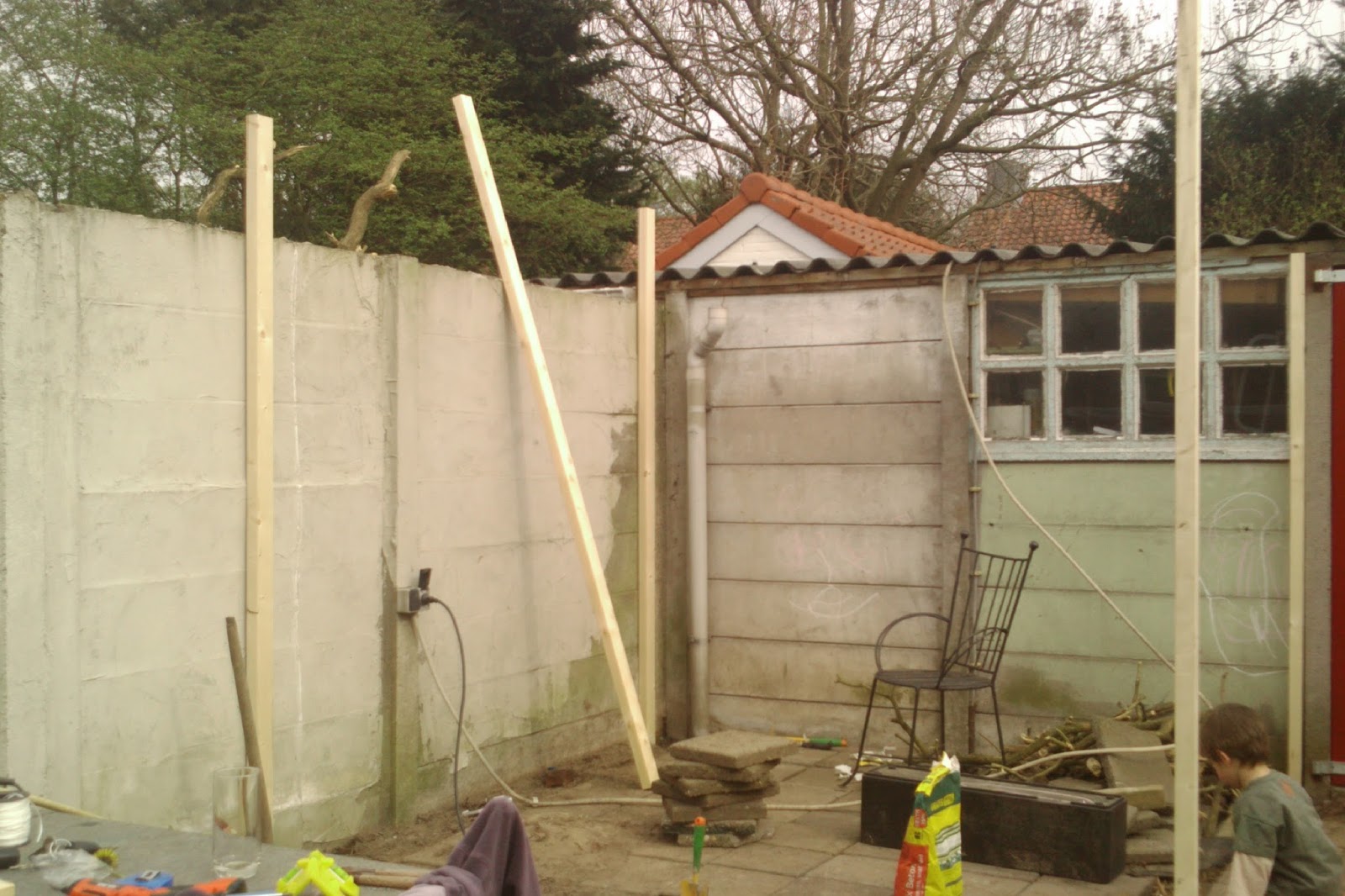 construction was fast, in a few ours we put on place 6 beams, these will work both as support and as guide division for the space (up to 4 beams more would be added during this week)

the working method was similar for all 6 pillars;


measure, level, check, level again... It is time consuming, but far necessary in the first steps, later development would depend on having these measurements right from the begging 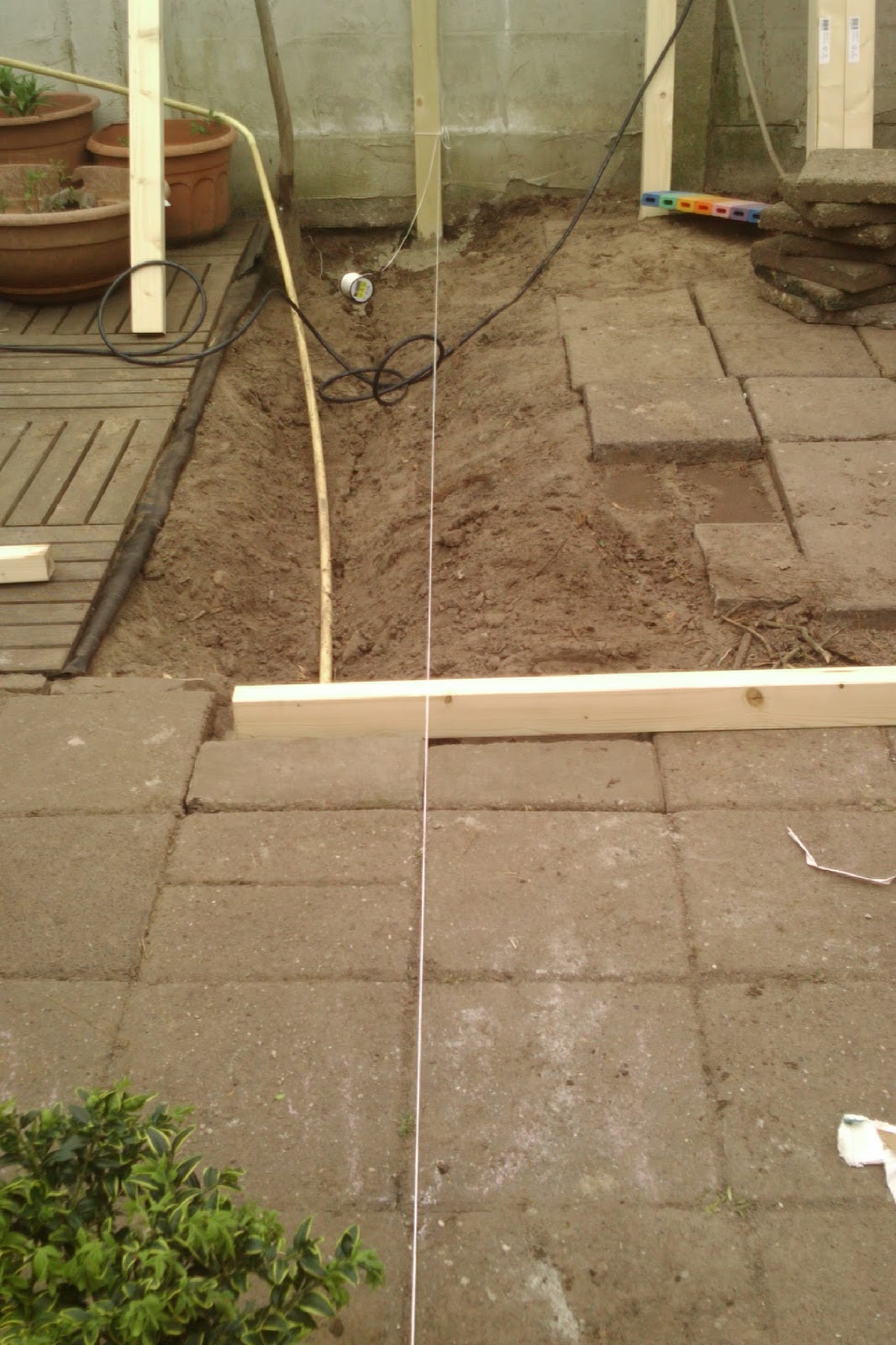 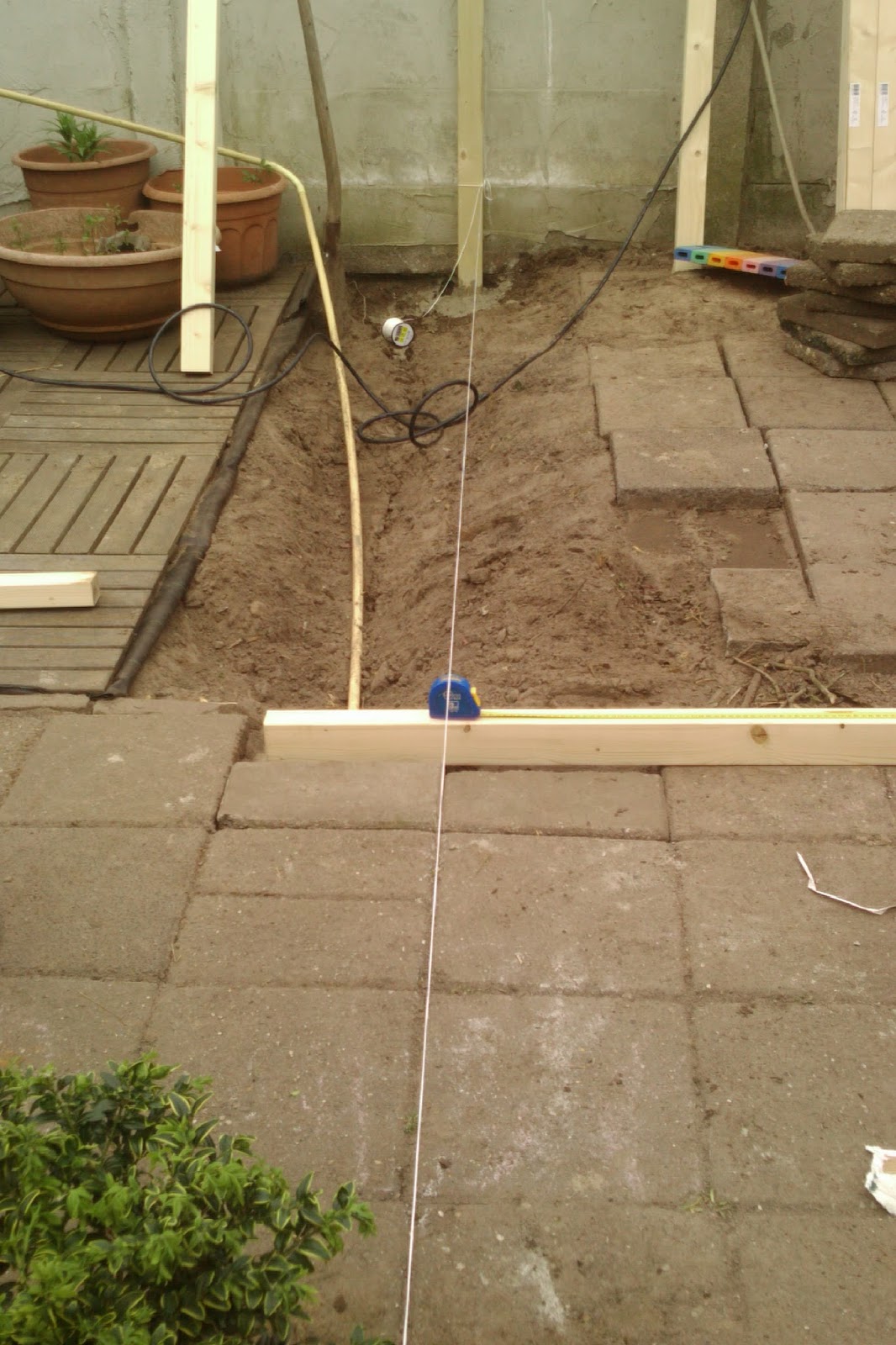 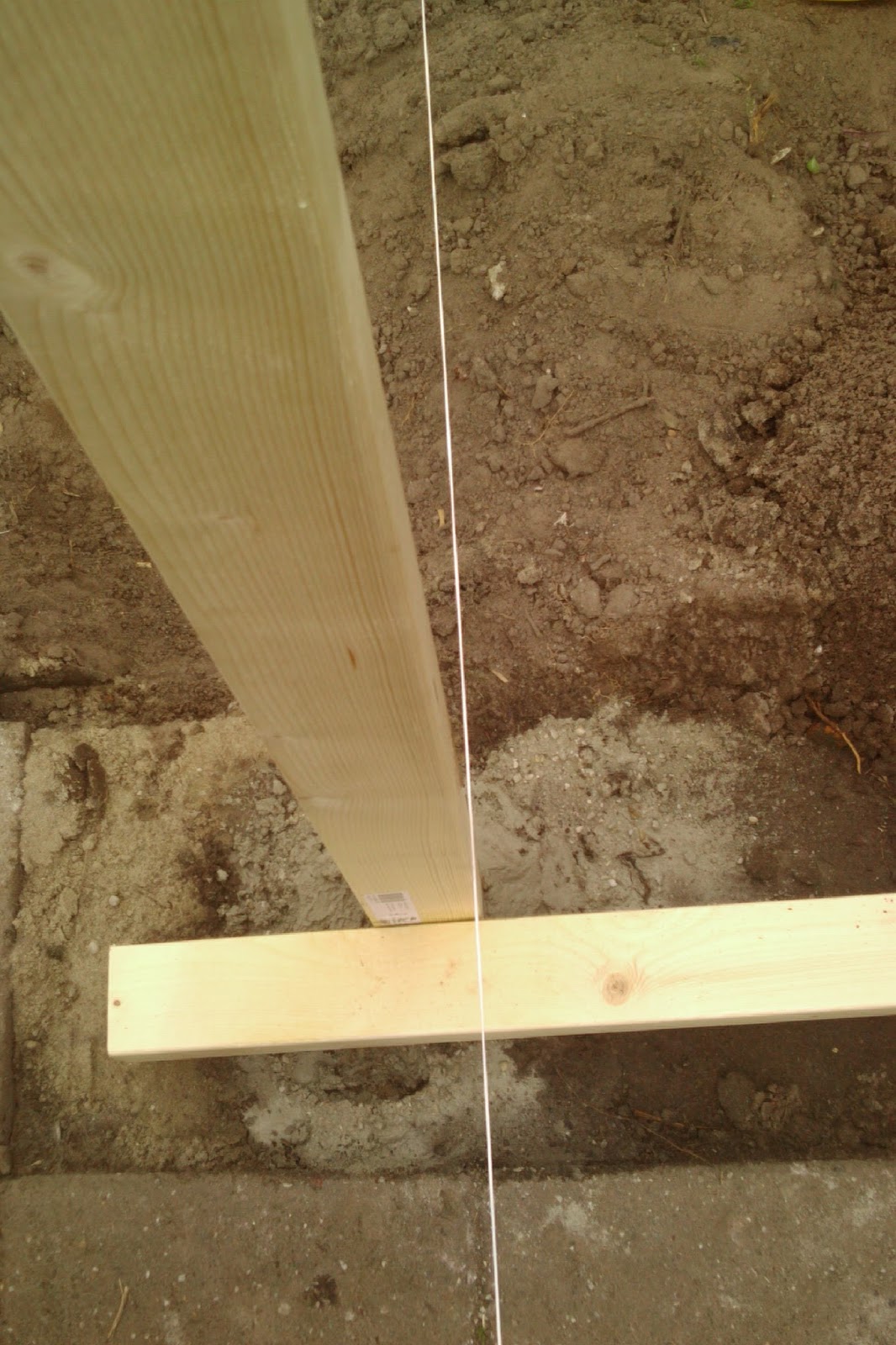 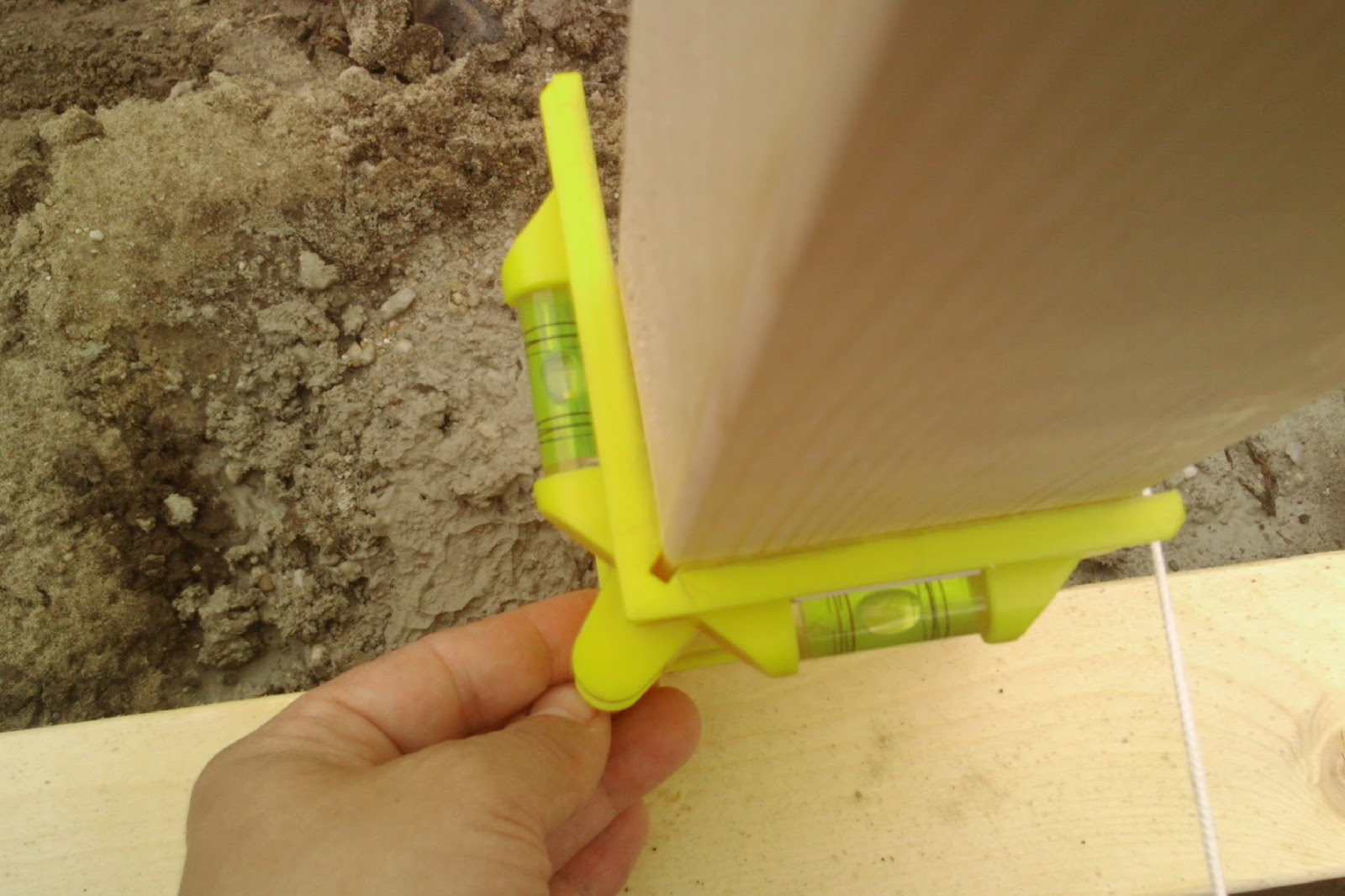